The club is busy making plans for our Parrot Head Club Anniversary Weekend, August 7-9.   Everyone should be looking for a fun weekend with a Phirst Phriday PHlocking on Friday (Aug. 7th) followed by our Anniversary Island Party (August 9th) out on Pelican Island.  Parrot Heads and friends will arrive by boat, kayak, canoe, or other(?) for a fun day in the sun and water with games, grllin’ & chillin’, and music by Dicky Scearce & Jack Ketner (A.K.A Scared of Kittens). 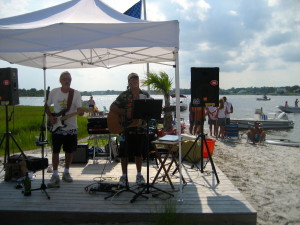 After the party was postponed last year because of bad weather and then cancelled because of more bad weather, we expect that the Phlock will be ready to party twice as hard and enjoy the anniversary weekend.  Look for more information coming soon here on the website and on Facebook, Google+ and Twitter.