In 2010, 2012, 2013, 2014 and 2015 the Emerald Isle Parrot Head Club has raised over $10,000 each year for local charities through events like the Beach Bike Poker Run for the ‘Hope for the Warriors Program’ and the Spring Scavenger Hunt , raising funds for the Carteret County Humane Society.

Club members volunteered at several ‘NC Coastal Federation ‘activities, collected for ‘Toys for Tots’, raised funds for a variety of local organizations, and participated in the St. Patrick’s Day Festival and the Emerald Isle Christmas Parade. 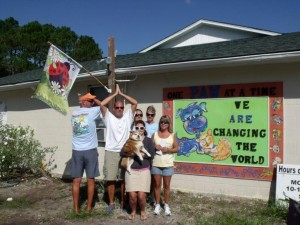 Charities and causes the EIPHC has supported in current and past years: